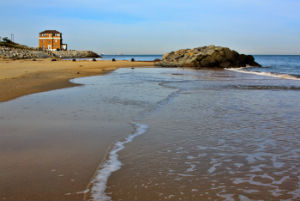 Make the move to coastal Virginia and discover all that it has to offer. Our Hampton Roads Relocation Guide is your resource for discovering life in our coastal cities. Read about the climate, history, and transportation, or take a look at homes for sale in Hampton Roads.

If you'd like more in-depth information about relocating to Virginia Beach, browse the links to the left. Our team of local experts strives to make your move as simple as possible, so please don’t hesitate to contact us if you have any questions.

Located along the Atlantic Coast and just above the North Carolina border, sits Hampton Roads’ many cities, rivers, and attractions. Virginia Beach is easily the most recognizable name to those moving to Hampton Roads, VA, thanks to the sterling reputation that it has garnered as a beach destination. Its boardwalk  alone draws thousands of visitors each year.

Hampton Roads is named partly for its natural features, namely its natural port. This type of partially sheltered harbor is often called “roads”, which carried over to the namesake. The former portion of the name is based in history. Home to the first settlement founded by the British, Hampton Roads’ moniker reflects the name of the 3rd Earl of Southampton, Henry Wriothesley. He was a prominent figure in the sphere of colonization and was a founder of the Virginia Company of London.

Today, Hampton Roads is not just a tourist destination for the seasonal beach-goers, but also a coastal area that many are happy to call home. In fact, over 1.7 million residents enjoy the waterfront houses, ocean views, and rich history year-round.

Because of the coastal access, Virginia’s Hampton Roads is now home to the world’s largest naval station, Naval Station Norfolk.

Are you an active or former member of the military? If so, take a look at our military benefits and learn just how we can help you and your family relocate to Hampton Roads.

As the first of the successful British settlements, Jamestown marks the beginning of the English-speaking Americas. This rich history that spans centuries is still very much part of Hampton Roads, visible in the architecture and historical attractions. 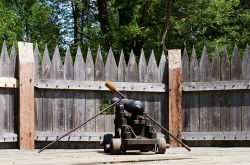 The original fort, along with millions of artifacts, are on display at Historic Jamestowne. It’s a major tourism destination, and is also home to the Jamestowne Rediscovery project. The project serves to uncover lost artifacts and learn about the settlement that defined the history of the state and country.

The Yorktown Victory Center completes what is known as the Historic Triangle. This museum pays tribute to the American Revolution through an interactive display of life in 18th century Virginia.

Over the centuries since this first settlement, the cities of Hampton Roads saw immense periods of historical transformation by way of the Civil War, the Emancipation Proclamation, and the World Wars. Today, Hampton Roads is celebrated as stunning coastal cities rooted in a rich and prominent history.

Ready to discover the many cities of Hampton Roads? Browse our links below see listings for each city and learn about the attractions and amenities nearby. 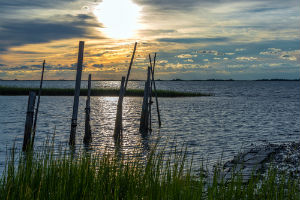 Thanks to its coastal location, the cities of Hampton Roads experience a more moderate climate. The changes from season to season are apparent, with snow making way for budding trees then warm summer afternoons. Brisk winds off the water offer evening relief from a day of basking in the glow of the sun.

As one of the oldest and most visited areas along the Atlantic Coast, Hampton Roads is home to a wealth of transportation options for residents and tourists alike. The Norfolk International Airport and the Williamsburg International Airport serve both national and international destinations. With one on the Virginia Peninsula and the other on the mainland, there are flight options no matter where you’re coming from or going to.

Road transit in the Hampton Roads area includes tunnel-bridge systems that connect the residents to the many cities on the mainland and the peninsula. This combination was a born out of necessity, with a large number of vessels of varying sizes traveling in the ocean waters. What begins as bridges soon dip under the waters, allowing for the vessels to easily pass overhead. There are three such tunnel-bridges in the area.

Our team of local experts have been helping families relocated for years. Contact us today to see if we'll fit the bill for your move to Hampton Roads.